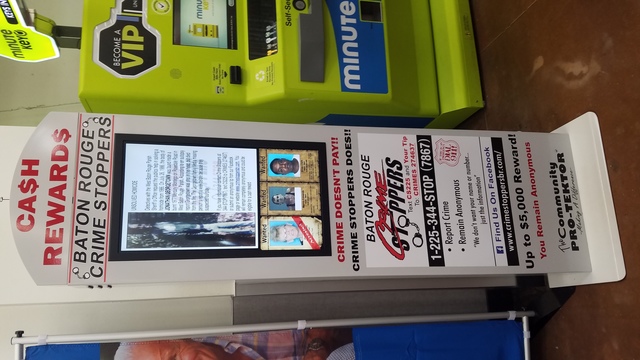 On October 18, the very first parish-wide kiosk will be demonstrated at the College Drive Walmart at 10:30 a.m.

According to authorities, five kiosks were recently purchased and will be dispersed throughout various locations in the capital city area.

Some of those locations include surrounding Walmart shopping centers and the Louisiana Office of Motor Vehicles.

We’re told a grant from the Credit Bureau of Baton Rouge Foundation contributed to the funding of these modern devices.

The kiosks are a new way of sharing information with the community in order to generate new leads, which will put criminals in prison and reward money into the pockets of anonymous tipsters.